Nice to meet you

How can we help?

Thank you! Your submission has been received!
Oops! Something went wrong while submitting the form. 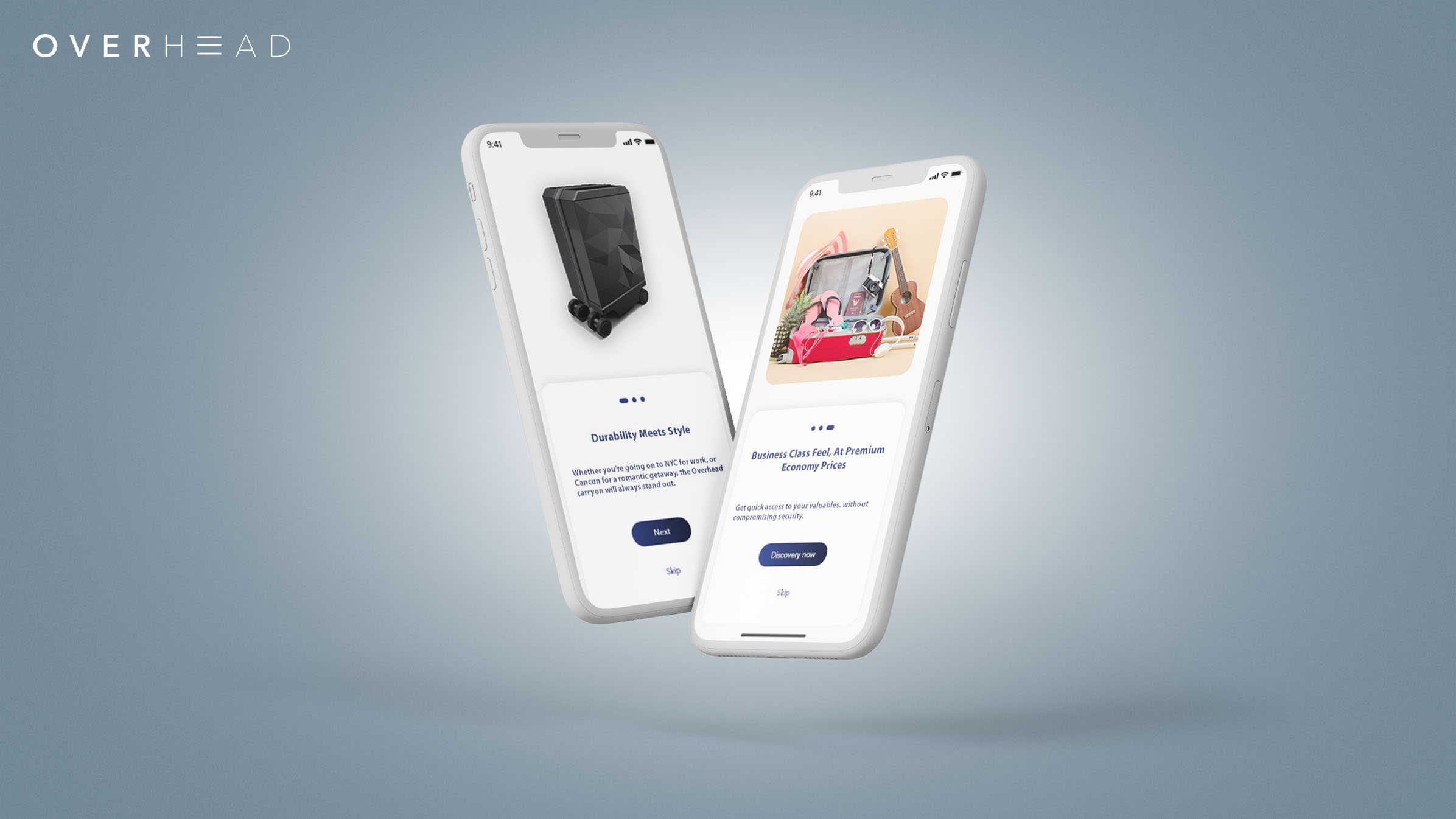 You know what’s not sexy? Luggage. At least that’s what the founders of Overhead found when they went shopping to buy a new suitcase. They found that suitcases and travel gear are often just seen as a nuisance to be dragged around the airport. Their conclusion: nobody actually likes luggage!

So they took matters into their own hands and founded Overhead in 2012, in hopes of challenging the traditional way we think (or don’t think) about luggage. They had this radical idea that the thing you pack your clothes into should be as sexy and hip as the clothes themselves. If fact, your luggage should be an extension of the glamorous vacation or traveling lifestyle you’re set out to experience.

Using inspirational travel content, affordable – but not cheap – pricing, and a socially focused channel strategy have helped Overhead turn a relatively utilitarian commodity item into a virtual status symbol. In so doing, Overhead is poised to continue their already-impressive success trajectory and secure a place as the go-to luggage choice for a younger generation.

Unlike traditional luggage marketing, which focuses on the functionality or the perceived luxury of the product, Overhead markets to their audience simply by associating their product with a well-traveled lifestyle. This connection helps position them as a knowledgeable and trusted source for travel tips as well as a purveyor of travel gear.

Luggage can be a big investment and, ideally, an infrequent one. Overhead’s

signature carry-on bag is priced at $225, so while they’re certainly not in the

upper tier of luxury luggage, they’re no budget brand either.

On average, millennials are 40% more price sensitive than older generations.

To be successful in this space, Overhead tailored their buying experience to the

specific needs of the millennial customers they wanted to attract. By deploying

strategic pricing, a generous warranty and an extended trial, Overhead created a

Helping fans be part of the story

To showcase their brand, Overhead takes a well-rounded approach and makes use of print magazines, hardcover books, billboards, and even TSA trays! This creative method of marketing, combined with a strong focus on influencer and user-generated content on social media, builds awareness and boosts engagement with their audience. No matter which channel they’re using, Overhead is great at projecting a consistent image as an aspirational, globetrotting lifestyle brand.

Overhead, has been hugely successful at disrupting the – at-times square (see what we did there?) – luggage industry with its direct-to-consumer suitcases and travel goods. The company has taken a strategic and bold approach to enliven a stale and steady marketplace.

One of these has been its collaborative approach to influencer, which has given the brand a strong following on social media. A finalist for the Shorty Awards’ “Best Overall Instagram Presence” two years in a row, Overhead’s Instagram account is now approaching half a million followers.

Partnerships with prominent travel and lifestyle influencers have made it clear that Overhead isn’t a typical luggage brand. Their influencer status and their social media presence actually permeate the entire feel of the brand. The hashtag that accompanies much of the company’s Instagram content even appears within their product packaging.

Overhead’s influencer collaborations have also inspired a stream of user-generated content, leading to more than 58,000 Instagram posts with the tag #getoverhead.

Overhead’s goals were to raise awareness around the brand and its line of luggage and travel accessories, and to encourage engagement and user-generated content through Overhead influencer marketing posts.

Influencers – Overhead worked with influencers in the niches of travel, lifestyle,

and fashion from around the world. Of the 13 influencers sampled, two were

male and 11 were female. Seven were mid-tier influencers, while five were micro-

influencers, and one was a macro-influencer.

The backdrops for the sampled posts ranged from outdoors destinations, to hotel rooms, transportation spots and beyond. Overhead products took center stage in some of the posts, while others incorporated the luggage in a more subtle way.

Twelve of the influencer marketing posts were single-photo, while one was a multi-image post that included a video. All but one influencer tagged @Overhead in their posts, and the majority denoted sponsorship via hashtags #ad and/or #sponsored, with a few using the more vague term “gifted.”

Through their novel approach, Overhead found a way to turn product photos into captivating content through influencer marketing. By engaging in a wider discussion about travel and culture, Overhead has carved a new space in the existing industry. By crafting campaigns around a strong theme, Overhead is able to utilize a wide range of influencers without losing a targeted focus. The company found success by shifting their emphasis from the product to a lifestyle. This opens their brand to the possibility of telling a larger story about travel and the traveling culture. This, of course, lends itself perfectly to their social media marketing strategy, in which posts that tell a story have potential to generate higher engagement.

This is a body

Everyday we're focused on building the future. Let us help you with your next project.

Ask Us a Question